How can I be an ally at Pride?

If I'm straight, can I celebrate?

Of course you can! The LGBTQ+ community is as inclusive as it gets, so everyone is welcome at Pride.

But remember, Pride began as a protest against injustice. So before you join the party:

You can thank the LGTBQ+ community for a number of trends that have gone mainstream over the past 50 years.

If you've ever replied, "Yass, queen!" to a question, or used the word "fierce" to describe something powerful, you can thank drag queens for originating the lingo .

Before Tinder, Hinge, and Bumble, Grindr gave rise to a new kind of dating culture where you can find anything from casual hookups to lifelong love through your phone.

From the disco lofts of New York, to the warehouses of Chicago, to the techno clubs of Berlin, BIPOC queer communities led the way on the dance floors and in the DJ booths.

A lot of the fashion trends that have come and gone over the years started in underground queer culture, making their way onto catwalks and Vogue covers, and into your wardrobe .

Behind the history of these trends is a struggle. LGBTQ+ communities have fought not only for acceptance into society, but liberation from oppression.

LGBTQ+ communities are more accepted in North American and Europe because of their increased visibility and representation in the media.

Cultural trends have played a huge role in this acceptance. But the struggle isn't over just because Justin Trudeau wears rainbow socks or RuPaul's Drag Race is a hit TV show .

In many places around the world , including the US, people who identify as LGBTQ+ still face discrimination and criminalization. 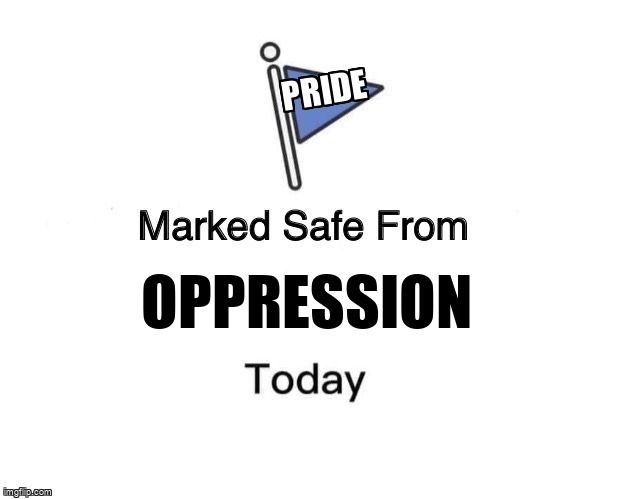 For many, Pride is more than just a party. It's a fight to broaden liberation to:

How Do You Fit In?

So you want to take part in Pride as a straight ally. How do you both celebrate and support LGBTQ+ people in your life without raining down on the parade?

Are you ready to celebrate Pride as an ally?

How do I choose the right mentor?

How do I choose the right reusable travel mug?

Learn how to participate in the Rumie community in 6 minutes

Why does Shakespeare give away the ending to Romeo and Juliet?

How do I quit my job tactfully?

4 ways to find leadership opportunities during your studies