How Does The Economic Cycle Work? 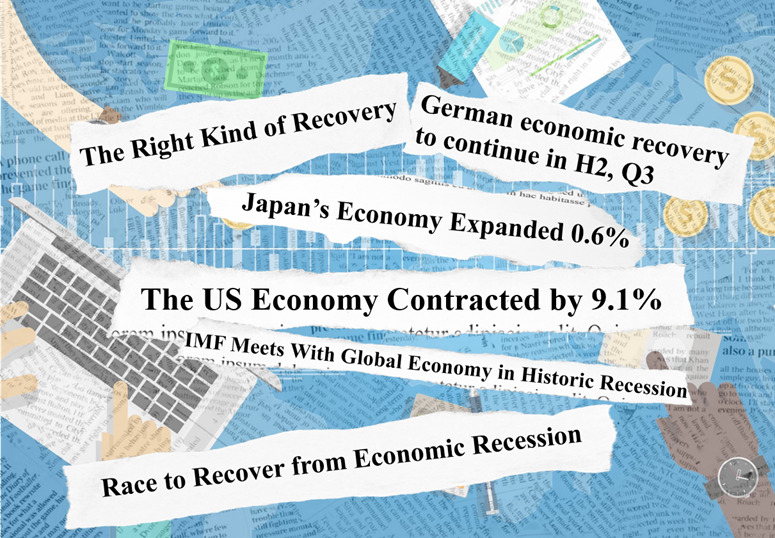 Have you ever wondered what these statements mean? Is the economy really contracting? Are the factories producing at lower outputs? What will happen to demand and supply?

Understanding the economic cycle and its stages will help us answer these questions.

What Is The Economic Cycle?

The economic cycle, also known as the business cycle, is the fluctuating state of an economy from periods of economic expansion (growth) and contraction (recession).

It's usually measured using the Gross Domestic Product (GDP) of a country.

What Are The Stages Of The Economic Cycle? 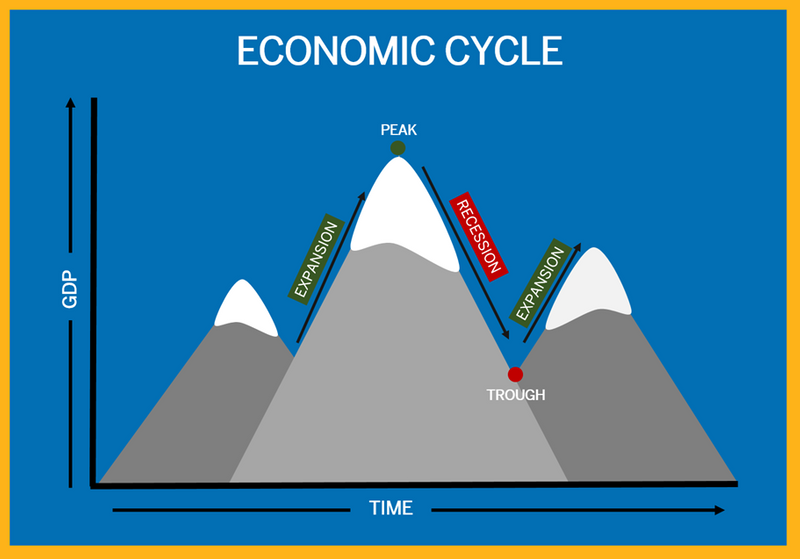 An expansion is defined by increasing employment, economic growth, and rising prices.

A peak is the highest point of the cycle when the economy is producing at a maximum level of output, unemployment is low, and inflation is high.

The trough of the cycle is reached when the economy hits a low point and the recovery begins.

If the economy is currently experiencing high growth and inflation combined with low unemployment, it is likely to be at which phase of the economic cycle? 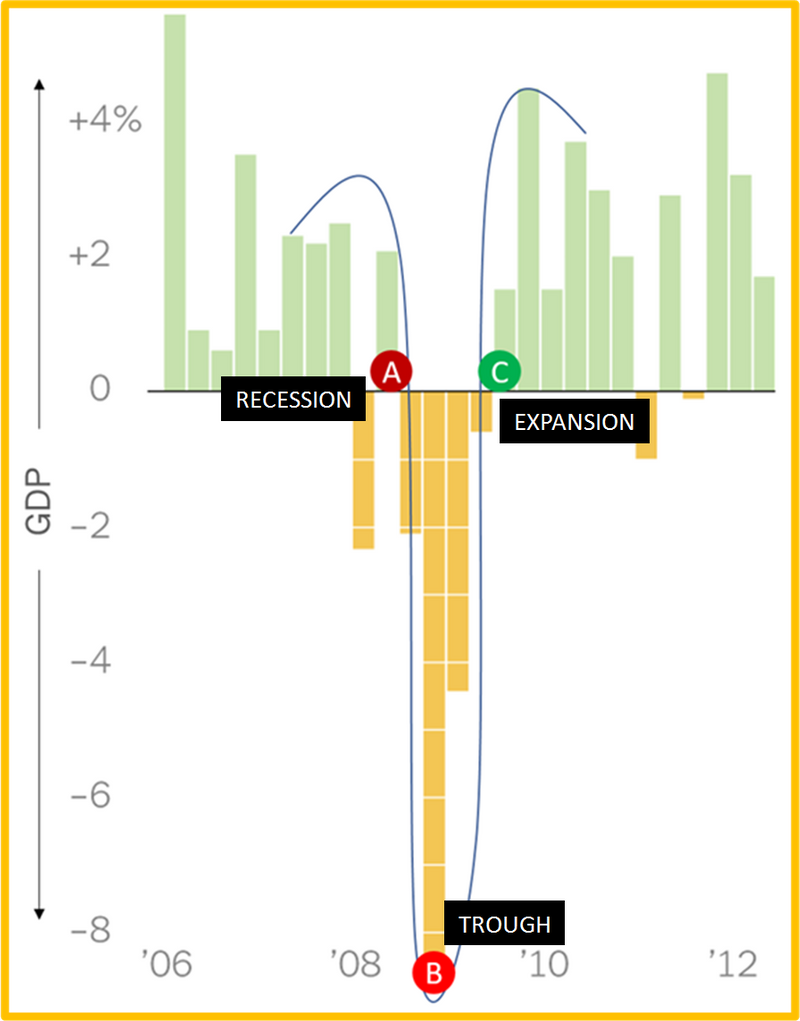 The recovery was initiated by the various fiscal and monetary reforms led by the US government.

If you continue studying the US economy, you will notice that this general outline of the economic cycle repeats itself.

The next time you read an economic report, try to answer the following questions:

If you answer these questions correctly, you have identified the stage of economic cycle!