"One-third of adults still sleep with a comfort object."

"The global rate for washing hands after using the toilet is under 20 percent."

This information comes from the results of surveys.

A survey is a method of gathering information from a sample of people, traditionally with the intention of generalizing the results to a larger population .

But is the information reliable?

To know whether we can trust survey data, we need to be aware of any biases.

Ideally, the sample should be random and follow the criteria of the survey. If the sample is not random, the survey is less valid. 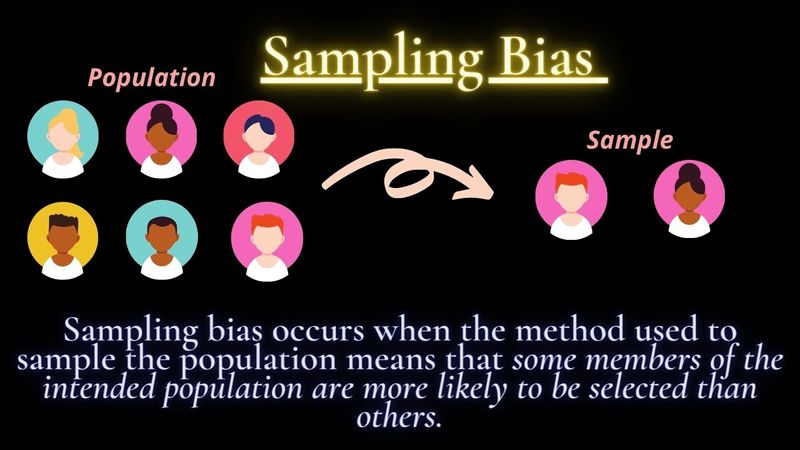 In 1948, President Harry Truman ran against Thomas Dewey in the US Presidential election.

Nationwide telephone surveys predicted that Dewey would defeat Truman in a landslide, but Truman won.

What went wrong with the survey? 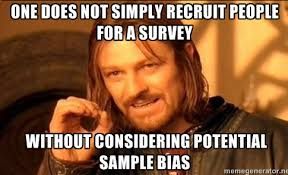 Non-response bias is when there is a significant difference between those who responded to your survey than those that chose not to.

A survey asking young adults about their adult video watching habits may lead to a non-response bias because it's a very personal topic and respondents do not wish to share this information about themselves. 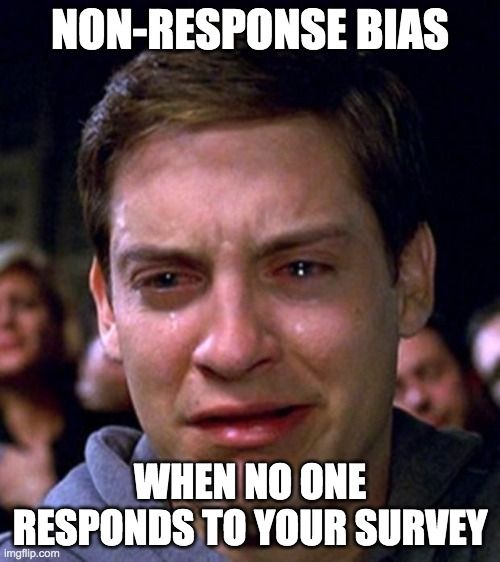 Malina is conducting a survey and trying to avoid non-response bias. Which of the following strategies should she avoid?

In this NCBI study of patient satisfaction with their primary physician:

What phrase from this government education survey question leads to response bias: "Do you think our world-leading education system needs improvement, or are you satisfied with the high-quality education your child receives?"

The order in which questions are asked can influence how respondents answer the rest of the survey.

Answer order bias occurs when the order of your answer options influences the respondent to select a particular answer or a combination of answers.

Passionate for science, teaching and coffee.

4 steps to find the RIGHT student job for you

How do I keep track of multiple job applications at the same time?